In the contemporary multimedia world, in which the image has come to dominate, the voice tends to be relegated to the background.  Unfortunate, because it is precisely the voice that can form the link between imagination and image - between music and words.

In Voix Instrumentalisée the fascination for the human voice takes centre stage.  In addition to references to historic avant-garde works such as 'Ursonate' by dadaist Kurt Schwitters, 'I am sitting in a room' by Alvin Lucier or 'Voix Instrumentalisée' by Vinko Globokar, Champ d'Action aims above all to explore new expressive possibilities of the voice.  Oddly enough, voice and new technology go hand in hand.  Since the legendary words 'Hello I am A Hall 2001 computer' from the film '2001 a Space Odyssey' by Stanley Kubrick, research on speech synthesis has advanced rapidly to the point that a voice is no longer the exclusive privilege of humans. The use of 'live-electronics' has also come to stretch the boundaries of the voice and new, hybrid possibilities for expression are becoming available.

For Voix Instrumentalisée, Serge Verstockt has composed a work for operatic soprano, human beatboxer, heavymetal grunter, actor, 6 musicians and a computer.  They weave an enigmatic dialogue throughout the work, incorporating texts by the Antwerp cult-poet Marcel Van Maele, fragments from 'La Voix et le Phénomène' by Jacques Derrida, the first paragraph of 'The Convention on Human Rights' and sound recordings of the first computer speech experiments. 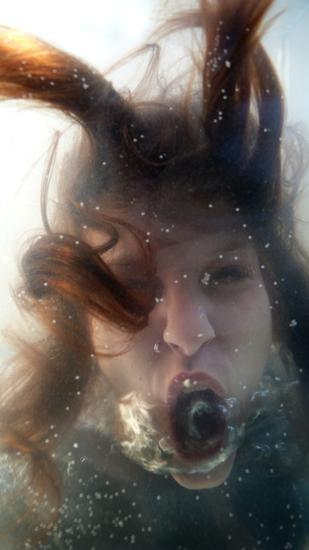