In an era in which we use our laptop or smartphone to penetrate the digital space deeper and deeper, it is more than relevant to look back to the first - and still remarkably fresh - experiments with digital art.

Barely forty years ago, in 1970 at the Bell Laboratories, the American artist Lillian Schwartz made one of the first computer generated videos, called 'Pixellation'.  In this milestone of the history of digital video art, the computer is used to build images pixel by pixel.  About using the computer in art, Schwartz says: 'Artists must express their own creative character in the technology of their era in order to find their own historical and individual level.'

Not only for Schwartz do these words apply, they might have been the credo of the American computer music pioneer James Tenney as well.  In the same Bell Laboratories, only a few years before Schwartz's 'Pixellation', Tenney made the electronic compositions 'Ergodos I and II'.  In a similar way the sound in Ergodos is reduced to sound pixels which evoke todays world of glitch music.  James Tenney also wrote 'instrumental responses' to these electronic compositions, in which human performers react on the computer sounds.  In this way Tenneys' work is  exemplary for the era in which we live today, an era in which man and technology become ever more interwoven. 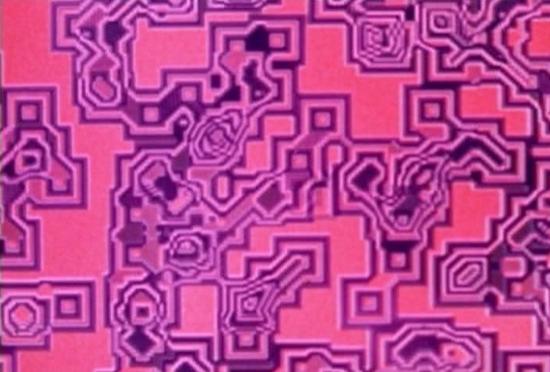 ChampdAction links these two visionary artists in a project in which the visual and aural elements are equal partners.  'Pixellations' is the result of a long and sparkling  collaboration between Champ d'Action and the free impro trio Collectief reFLEXible.