Composer and artistic director of ChampdAction

Serge Verstockt studied music theory, clarinet and electronic music at the Antwerp Conservatory. In 1983 he studied at the 'Instituut voor Sonologie' in Utrecht with Godfried Michael Koenig where he concentrated on formal compositional methods and developed the programme 'Trans'.

In the 1990's, with the computer as a catalyst, imagery began to become a constant factor in his work and this resulted in a long-standing collaboration with architect Werner Van dermeersch. In 2000 they jointly realised 'Screens', a multimedia performance in which music and image were intrinsically airborne loudspeakers.

In 2007 Verstockt composed the music for the production 'Requiem für eine Metamorphose' by Jan Fabre and Troubleyn. He toured with this production at the festivals of Salzburg and Ruhr Triënnale. Performances were also held in Vilnius.

In 2008 Serge Verstockt was commissioned by Blindman (Saxophone Quartet) to create a composition for ChampdAction and Blindman. This resulted in Twisted Pair, a large-scale ensemble work featuring elements such as Tibetan horns and electronics. Twisted Pair has since been performed in Antwerp, Brussels and Bruges and in winter 2009 a revised version will be performed at the museum Reina Sofia in Madrid.

In late 2009 Verstockt's multimedia production 'Voix Instrumentalisée' will premiere at the festival Made in Gent. The work will subsequantly be performed in Antwerp, Amsterdam and Bruges. Other future projects include a new composition with deScheldezonen (concert band) and electronics at deSingel in Antwerp (Spring 2010), a composition for ChampdAction and the guitar quartet ZWERM (Winter 2010), the project 'Rencontres' in collaboration with Josse De Pauw and a new production in collaboration with CREW, the multimedia theatre company by Eric Joris.

FINGERFERTIGKEIT - L' égalité des doigts written in 2012 would be a next step in the oeuvre of  Serge Verstockt: ‘classical’ and ‘new’ instruments in dialogue with each other. Every performer of FINGERFERTIGKEIT was asked to select three of their favourite studies for instrument. The musical material of the composition was solely derived from these studies. During the performance the musicians were accompanied by two iPads, challenging the instruments with their virtual possibilities.

In 2013 Hold Your Horses - Grand opera de trash premièred in deSingel in Antwerp. This is the first opera of Verstockt and tells the story of brutal confrontation with a fragmentary world teetering between virtuality and reality. In the libretto, adapted from the 198 Methods of Nonviolent Action by Gene Sharp, assemblages of nature and a culture of divas and avatars are flirting with each other.

Recordings of ChampdAction include CD [03] on the Archive Series labes, featuring Feuillage du Coeur, LOW and Noumena I. Available through the ChampdAction website for 2,00€ processing and administrative fee. 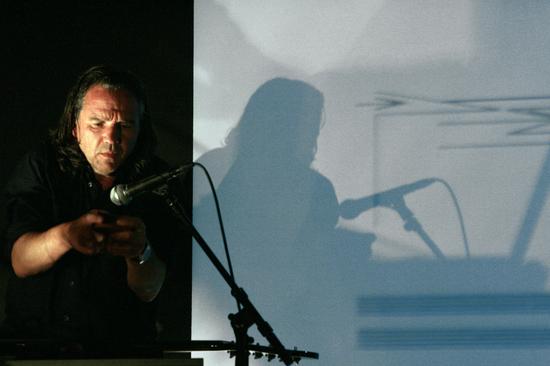